Selamat datang – Welcome to Borneo and a once in a lifetime Borneo Wildlife Tour.

Borneo is home to one of the oldest rainforests in the world and an important refuge for many endemic forest species, including the Bornean Orangutan, Sumatran Elephant, Sumatran Rhinoceros, Bornean Clouded Leopard, the Hose’s Civet and the Dayak Fruit Bat. We will explore the best areas of the east of Borneo in search of some incredible wildlife, including Selingan Turtle Island, Sepilok, Sukau, Tabin and Danum Valley, staying in top-notch locations along the way such as Borneo Rainforest Lodge and a recently recognized National Geographic Unique Lodge of the World – Sukau Rainforest Lodge.

• Danum Valley-
Stunning conservation area with amazing scenery and home to a variety of primates.
• Tabin Wildlife Reserve-
Unique Reserve with a large number of animals inhabiting its forests, some of which are highly endangered.
• Sepilok Orangutan Sanctuary-
Experience the amazing Orangutans from up close.
• Sukau-
One of the best places in Borneo to view wildlife in their natural habitat

PRE TOUR DAY:
Arrival in Borneo – You will arrive at Sandakan Airport in the capital of Sabah from your various departure points from all over the world. We will spend the first night at the Four Points Hotel. Excitement awaits!

DAY 1:
Selingan Turtle Island – A one-hour boat ride via the Sulu Sea will take us to Selingan Island, one of the 10 so-called Turtle Islands about 3 kilometres off the coast of Borneo. Except for exploring the island, swimming and snorkelling, the highlight of our day is Green Turtles. To watch a Green Turtle lay eggs on the beach, transplant the eggs to the hatchery and watch the baby turtles being released to the sea is an unforgettable experience. The turtle conservation program in Sabah is the oldest in the world and with the most detailed statistics and research. We will overnight on Selingan Island.

Note on Camera Use at Selingan Island: For any camera (phone, digital or still camera) for personal use are chargeable at RM10.00 PER UNIT for conservation permit purposes. Please note that FLASH PHOTOGRAPHY AND VIDEO TAKING IS STRICTLY PROHIBITED.

Note:
For the comfort and convenience of our guests, it is recommended to travel light by preparing an overnight bag, per person before arriving at Selingan Island & Sukau Rainforest Lodge. Complimentary storage is provided for any extra luggage.

**Please be advised that our trip to Selingan Island involves a boat journey via the Sulu Sea. In the event of adverse weather conditions during or before the boat journey, the company has the absolute discretion to cancel or postpone the trip if it is deemed that the journey will jeopardize the safety of our passengers. In the event of cancellation, a replacement tour will be offered. The company will not be liable for any compensation.

DAY 2:
Orangutan & Sun Bear Centres & Sukau Rainforest – This morning we will return to Sandakan by boat.

Then we will transfer to the Sepilok Orangutan Rehabilitation Centre, located within the Kabili-Sepilok Forest Reserve. We will watch a video show about the plight of the orangutans and the rehabilitation efforts ongoing at the centre. A highlight of this visit is a short walk through the rainforest on wooden boardwalks while witnessing the feeding of the orangutans at 10 am. We then continue to the newly completed enclosed nursery area for young orangutans.

Next up is the Borneo Sun Bear Conservation Centre to learn about the conservation of the world’s smallest bear. The Sun Bear is also known as the “honey bear”, which refers to its appetite for honeycombs and honey. It is listed as Vulnerable on the IUCN Red List.

A 2½ hour boat journey takes us to the multi-award-winning Sukau Rainforest Lodge along Sabah’s longest river, the Kinabatangan. We will take a river cruise using a quiet electric motor in search of wildlife and birds. Kinabatangan is known for its remarkable wildlife and varied habitats, such as limestone caves at Gomantong hill, dryland dipterocarp forests, riverine forest, freshwater swamp forests, oxbow lakes and salty mangrove swamps near the coast.

Dinner by candlelight will be followed by a slide presentation and interpretation by a local knowledgeable naturalist guide.

Note on Camera Use at Sepilok Orang Utan Rehabilitation Centre:

DAY 3-4:
Sukau – We have two more days in amazing Sukau. Highlights for the next two days include the following:

• A dawn river cruise up the Kinabatangan River to Kelenanap oxbow lake. These boat trips are simply amazing, allowing us to get very close to both birds and mammals. Some good mammals can also be found along the river and these include Maroon and Silvered Langur, Long-tailed and Pig-tailed Macaque, and the highly endangered Bornean Orangutan. Other smaller mammals include Hairy-nosed Otter, Asian Small-clawed Otter, Smooth-coated Otter, Malay Civet, Common Palm Civet and Moonrat.

• An early morning river cruise along the Menanggol River by silent electric motor in search of more wildlife. The area is inhabited by ten species of primates, four of which are endemic to Borneo. It has the highest concentration of Proboscis Monkeys and orangutans in Malaysia. Other animals we will search for include Asian Elephant (Bornean Pygmy subspecies) and Sumatran Rhinoceros. Carnivores we might be lucky enough to see include Bornean Clouded Leopard (subspecies of the Sunda Clouded Leopard), Leopard Cat, Marbled Cat and Flat-headed Cat.After lunch, we will proceed to the vicinity of the Gomantong Caves. We will traverse deep into the forest along a trail in search of the ‘man of the jungle’, the Bornean Orangutan.

• A visit to the Gomantong Caves at dusk. Hundreds of thousands of bats (mostly Wrinkle-lipped Free-tailed Bats) and swiftlets of four different species make their home in the limestone caves, and at night their mass exodus from the caves is a spectacular sight. There is the added spectacle of seeing a number of raptors that may include several Bat Hawks, Peregrine Falcon, White-bellied Sea Eagle and Rufous-bellied Eagle coming in for an easy meal.

We will also try to find some nocturnal animals. These include two nocturnal primates, namely Horsfield’s Tarsier and Bornean Slow Loris. Hoofed mammals which are mainly active at night include wild cattle or Banteng, Bearded Pig and four species of deer.

DAY 5-6:
Tabin – Next stop: Tabin Wildlife Reserve, habitat to a large number of animals, some of which are highly endangered.

Our lodge during the stay is the Tabin Wildlife Resort.

Note: Due to poor internet connection, it is not possible for credit card transactions at the Tabin Wildlife Resort. All payments are to be made in cash. Charging of credit cards is only possible at the resort’s office in Lahad Datu.

The next two days are packed with wonderful activities, including a visit to the Lipad mud volcano and trek to the elevated bare area of the mud volcano that is known to be frequented by wildlife and birds. Borneo Pygmy Elephant, Sumatran Rhinoceros and Banteng are all found within the reserve, along with nine species of primate, as well as three species of cats all of which are on the protected wildlife list.

You can also look forward to a slide presentation on Tabin’s natural wonders, followed by a night safari to look out for nocturnal wildlife and birds.

A visit to a birdwatching tower and trek through the lush green jungle to visit Lipad’s Waterfall is on our itinerary. We could take a dip in the natural pool, explore the surrounding vegetation or just relax.

Another highlight is definitely a bird walk where we discover some of Tabin’s rich collection of almost 300 bird species.

A dusk drive takes us on an exciting excursion to find wildlife and birds within the reserve. We will also look out for Leopard Cat, Sunda Flying Lemur, Asian Palm, Small-toothed Palm and Malay Civet, and both Red Giant and Black Giant Flying Squirrel. Buffy Fish Owl and Brown Wood Owl are also often seen on the nocturnal excursions, while even the rare and elusive Bornean Clouded Leopard occasionally appears!

DAY 7-8:
Danum– Our next destination is Danum Valley. This unique destination is a 438 square kilometres tract of relatively undisturbed lowland dipterocarp forest, with the forest canopy reaching a height of over 70 metres in some places! Our lodge is the magnificent Borneo Rainforest Lodge, set amidst beautiful scenery with a proud focus on sustainability.

Other highlights include a slide show, hiking a nature trail leading to a fantastic canopy walkway, spotlighting to view some of the nocturnal animals and a trek to a waterfall for a refreshing dip in some rock pools.

DAY 9:
Kota Kinabalu– You will be free at leisure until check-out. Or we could organise an optional excursion to see something interesting or other species we may have missed.

We will drive back (3 hours) to Lahad Datu and fly from Lahad Datu Airport (Recommended flight MH3023, ETD 1730hrs) to Kota Kinabalu International Airport (1 hour). It will then be a short drive to the Promenade Hotel, for dinner and our last night together as a group.

Depending on your arrival time, there might be time to explore the city of Kota Kinabalu; or your could explore tomorrow before your flight home.

DAY 10:
Departure– After breakfast in the hotel, you will be transferred to the Kota Kinabalu International Aiport for your homeward flight after an unforgettable Borneo wildlife experience. 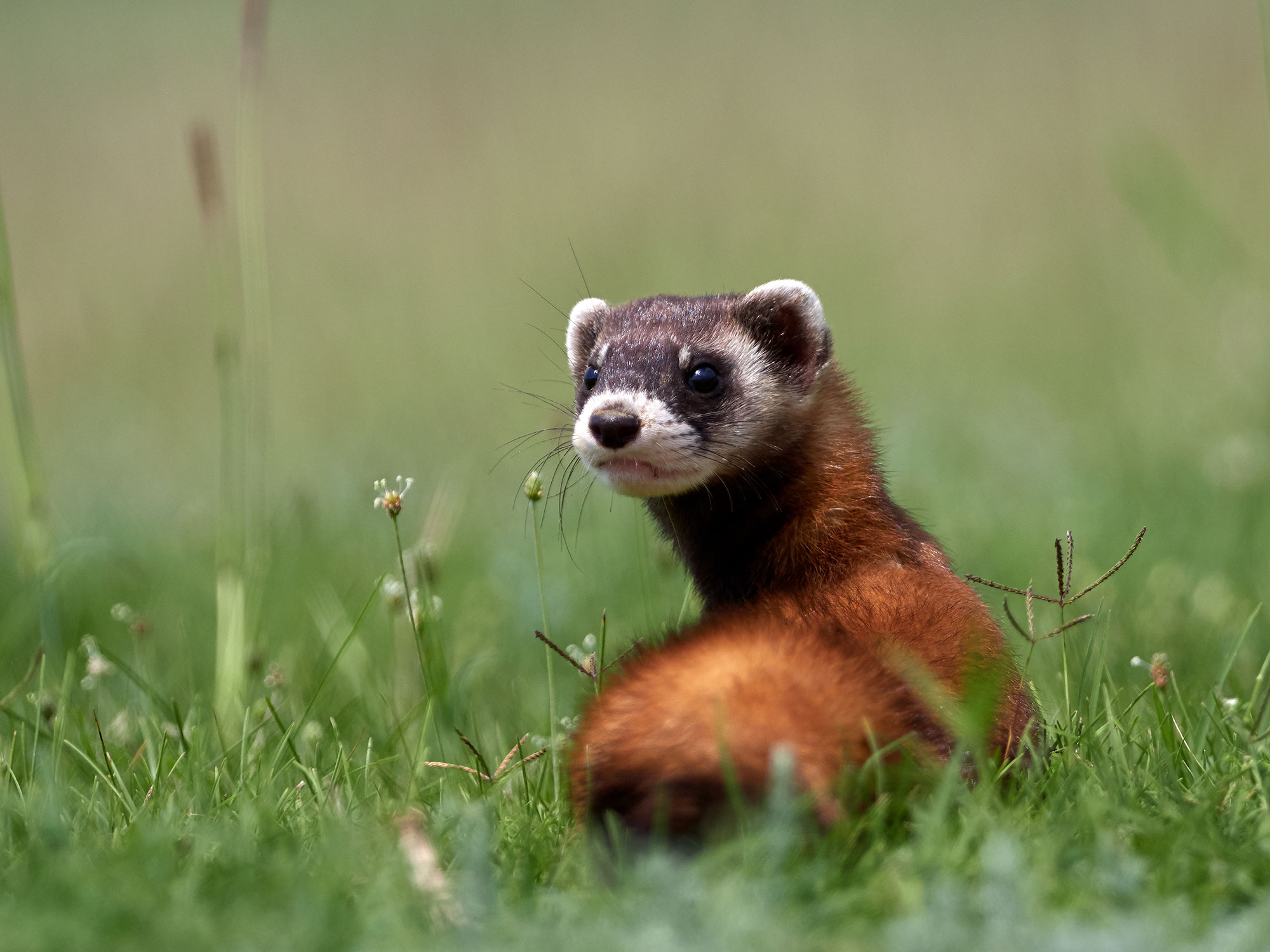