Known as the “Land of the Eternal Blue Sky”, the landlocked country of Mongolia in eastern Asia is one of the last great remote wilderness areas on the planet. Located between Russia to the north and China to the south, it is home to 139 mammal species, 448 species of birds, 76 species of fish, 22 reptile species, and six species of amphibians. Our 13-day Mongolia Wildlife Tour offers the great chance to view the many unique and wonderful species of wildlife of Mongolia.

These include iconic species such as Goitered and Mongolian Gazelle, Siberian Ibex, Przewalski’s Wild Horse, Argali, Pallas’s Cat and of course the elusive, enigmatic and incredible Snow Leopard. We can expect more than 40 species of mammals and well over 200 species of birds during the trip, including many localised and sought-after species.

Some of the cultural and architectural highlights of the city include the national Museum of Mongolia, the Gandantegchinlen Monastery (the heart of Mongolian Tibetan Buddhism) with the large Janraisig statue, the socialist monument complex at Zaisan Memorial with its great view over the city, the Winter Palace of the Bogd Khan, Zandraa Tumen-Ulzii’s International Intellectual Museum (actually a wonderful shrine to toys, magic and games), Sükhbaatar Square and the nearby Choijin Lama Temple.

DAY 2:
Flight to Ulaangom, transfer to Mongolian Altai Mountains – We will take a flight to the small city of Ulaangom, the capital of the Uvs province in far western Mongolia, only 120 kilometres (70 mi) south of the Russian border.

We will stay in a community-based ger camp in the Altai Mountains for the next 7 nights. The average altitude of the camp and surroundings is about 2,000 m (6,560 ft) above sea level!

We will search for the iconic Snow Leopard and other fauna and flora on walks in the mornings and afternoons. We designed this trip so that the walks are not too strenuous. Temperatures should be relatively moderate and skies are usually brilliantly clear. The days will usually be sunny and cool, and pleasant. Nights will be considerably cooler after the sunset, but the phenomenal stars should make up for any chills you might experience.

We will fully explore the truly untouched habitats around us. These include the mountains, meadows, rivers, alpine lakes, forests, and glaciers. You better get your cameras ready, for the landscapes are truly spectacular.

The Mongolian Altai embraces diverse fauna due to the different habitats here, including steppe, taigas (boreal or snow forests) and alpine vegetation.

Besides the elusive Snow Leopard, we have a chance to see many interesting mammals including ungulates like Argali, Siberian Ibex, Red Deer, Siberian Musk Deer, Siberian Roe Deer, Goitered and Mongolian Gazelle and more. Predators we could see include (Grey) Wolves, Eurasian Lynx, Dhole, Steppe Polecat, Red and Corsac Fox, and another top target, the near-threatened Pallas’s Cat.

Small mammals we could see include Alpine and Pallas’s Pika, Tolai Hare, Mongolian Marmot, Long-tailed Ground Squirrel and many others.

During the nights, we will look for jerboas and other nocturnal animals. We will also use Sherman live-trap cameras to catch and photograph the rarely seen rodents for future mammal photographic guidebooks of Mongolia. You could be part of history!

Our main target is, of course, the Snow Leopard Panthera uncia. It truly is one of the apex species on the planet, on par with other “big names”  like Tiger, Eastern Gorilla and Jaguar. It is listed as Vulnerable on the IUCN Red List because the global population is estimated to number less than 10,000 mature individuals. Their camouflaged fur gives them an incredible advantage in the rugged and foreboding mountains where they live. It preys on the Siberian Ibex and the Argali sheep. However, for all its power, an adult cat weighs only about 55 kg (121 lbs) at most. To help it cope with the cold, the Snow Leopard has been blessed with the thickest fur of all the big cats. We will learn a lot about this amazing feline from our expert local guides during our time in the Altai mountains.

The area where we will search for the Snow Leopard supports the lives of the Zahchin ethnic group, which were formed in the sixteenth century from the ancient Mongol tribes. They were famed for their bravery and abilities in battle. If you want to visit an authentic Zahchin family, this can be arranged during our time here.

DAY 9:
Transfer to Uvs Lake and surrounding areas – Today our time in the stunning Altai mountains come to an end.

After having hopefully ticked all the target species for this part of the trip, we will move on to our next exciting destination.

Then we head east to the area of the Uvs Lake. It is the largest lake in Mongolia (3,350 km2/1,290 sq mi) and actually extends into neighbouring Russia. It forms part of the Great Lakes Depression of Mongolia. The lake is quite shallow (average depth of 6 m), very saline and lies at an altitude of 759 metres (2,490 ft) above sea level. Uvs has been described as the “sea” of western Mongolia, and although many seabirds visit the lake’s water, the nearest ocean is more than 3,000 km away!

The main feeding rivers of the lake are the Baruunturuun, Nariin and Tes-Khem from the Khangai Mountains in the east, and the Kharkhiraa and Sangil from the Altai Mountains in the west. The Tes-Khem, the lake’s single most important feeder river, meanders through an extensive wetland complex in its last 100 km before the lake, creating a wildlife-rich delta some 40 km wide. The lake is frozen from middle November to about middle May annually.

In 2003, the UNESCO listed the Uvs Lake Basin as a natural World Heritage Site. It was nominated as “one of the largest intact watersheds in Central Asia where 40,000 archeological sites can be found from historically famous nomadic tribes such as the Scythians, the Turks and the Huns.” The lake and its surrounding wetlands are also recognised as a Ramsar Wetland of Importance.

Because of its geographical location, the lake is subject to extreme climate fluctuations. Temperatures of – 40 °C are normal in winter (-58 °C has been recorded here, the coldest ever for Mongolia), but in summer the basin warms and the temperatures easily top 40 °C.

We will reach our ger camp and settle in, relishing in the amazing scenery around us. The huge lake, the snow-capped mountains in the distance, massive sand dunes, and the bush-covered valley landscapes will make our cameras go crazy!

This afternoon and tomorrow we will do short drives and walks to target specific mammals and birds in these wildly different habitats. Some 359 species of birds and almost 50 mammal species have been recorded in the area around the lake.

DAY 10:
Uvs Lake and surrounding areas – We have a full day today to explore all that this area has to offer.

The area is a wildlife hotspot, and the lake itself contains 29 different fish species. The surrounding areas support many mammal and bird species.

During our time here we will look for some fantastic smaller and interesting mammals, including Long-eared Hedgehog, Pallid Ground Squirrel, Campbell’s and Dwarf Hamster, Mongolian Clawed Jird, Mid-day Gerbil, Siberian and Gobi Jerboa, and Corsac Fox.

DAY 11:
Fly to Ulaanbaatar, transfer to Hustai National Park – This morning we will have breakfast, pack our luggage and head back to Ulaangom, from where we will take a flight to Ulaanbaatar.

Once in Ulaanbaatar, we will hop into another vehicle and head westwards to our final location of this fantastic tour.

This is the land of the famous, reintroduced “Takhi” or Przewalski’s Wild Horse (Equus przewalskii), the only truly wild horse population left on the planet. They were reintroduced in the reserve back in 1992, and thanks to good conservation management (the Mongolian government declared the park as a Specially Protected Area in 1993), the species, which was on the brink of extinction, now has a population of well over 300 individuals.

The 506 km2 (195 sq mi) park extends through the Khentii Mountains and includes the western edge of the Mongolian steppe, with the Tuul river running through the park. In 2002, UNESCO certified the park as a member of the world biosphere network of natural reserves.

We might have time in the afternoon to head into the park and look for our first species to tick here. Hustai is home to 16 species of fish, 384 insect species, 459 species of vascular plants, 85 species of lichens, 3 reptile species, 90 species of moss, 55 species of butterflies, and 33 species of mushrooms. A new species of soil insect was found in the park and given the scientific name of Epidamaeus khustaiensis.

DAY 12:
Hustai National Park – We have the full day to explore the beauty and diversity of Hustai today.

It is a beautiful park, with wide-open steppe areas, rocky hills, imposing mountains and picturesque forests in the southwest. Get your cameras ready!

We will do our best to locate some of the 55 species of mammals that have been recorded in the park, along with 223 species of birds.

DAY 13:
Transfer to Ulaanbaatar, and Departure – Unfortunately, our amazing tour has come to an end.

After breakfast this morning we will leave the ger camp and head back to Ulaanbaatar, specifically to the International Airport, where we will say our sad goodbyes and catch our homeward or onward flights.

‘ The Altai Mountains in Western Mongolia are similar to those that I have visited in South America and the Western United States, but in these mountains the Snow Leopard lives.  An elusive and magnificent animal.

I had the privilege to visit these mountains with Nature Travel Expeditions in May.  This was my 5th trip with the company and as usual the trip was well planned and executed.  We were given detailed travel information prior to the trip so that we knew what to expect in this remote area of the world.

A special thanks to the Nature Travel staff for all their help.  Especially Nick Buys, our guide, who proved that his wildlife location and identification skills transects across continents.  Thank you for taking me to the “Land of the Eternal Blue Skies”.  A special place indeed.  ‘ – MAY 2022 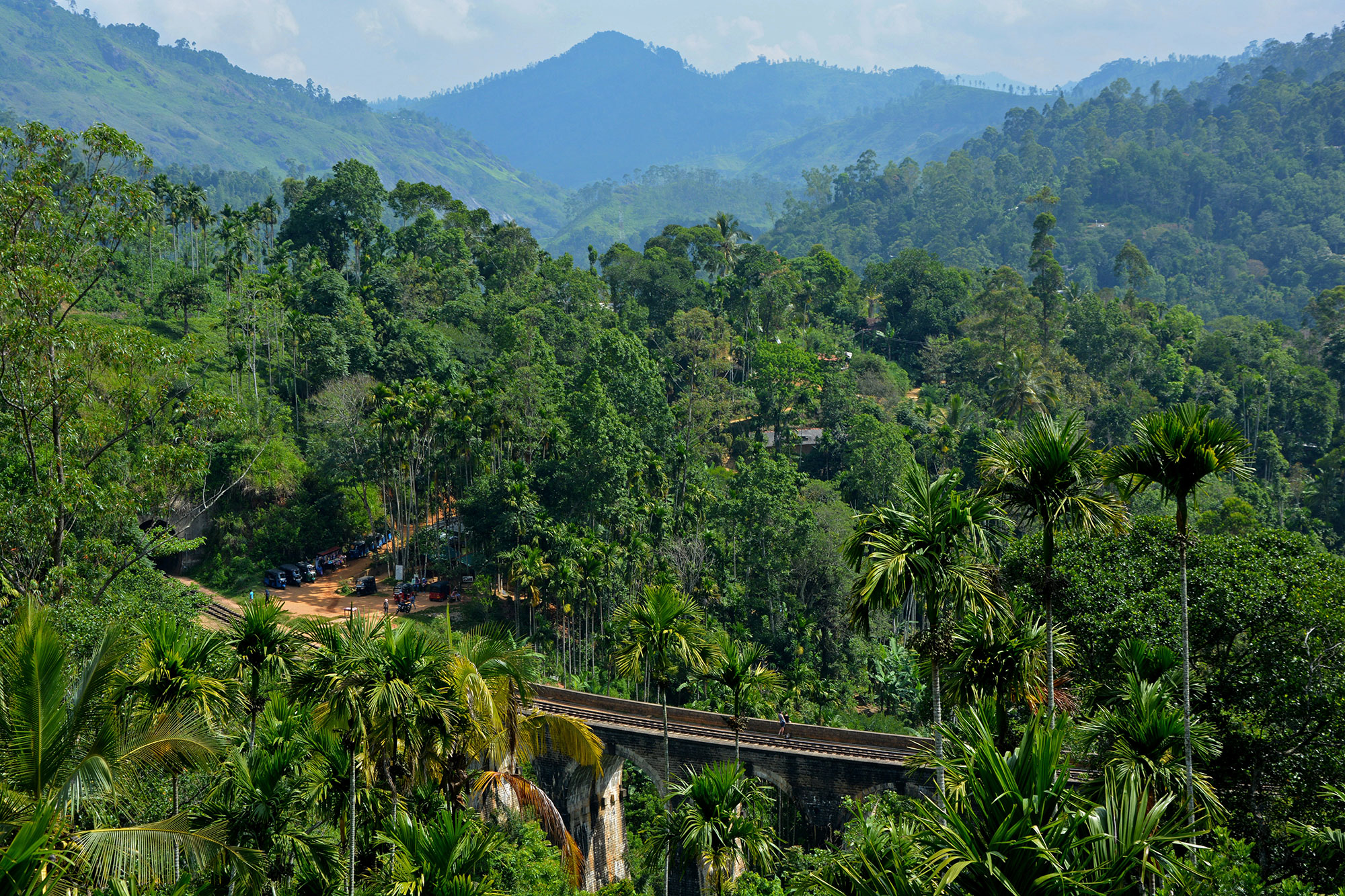