Uganda. The name conjures up images of massive silverback gorillas, strutting their stuff in thick montane rainforests. And luckily this is true! But “the Pearl of Africa” is about so much more. This Uganda Gorilla Safari takes you to a diversity hotspot; home to an incredible 1,020 species of bird (around half of the total number found in Africa), along with 345 mammal species, 4,500 plant species, 142 reptile species, 1,250 butterfly species and much, much more.

DAY 1:
Start of safari in Entebbe – Welcome to Uganda! Your fantastic gorilla, Chimpanzee and wildlife safari will start as soon as you touch down at the Entebbe International Airport.

Depending on your time of arrival there might be a chance for an optional excursion to one or more of the nearby attractions. These include the extensive National Botanical Gardens, the National Zoo and the Uganda Reptiles Village. The National Botanical Gardens is a great place to start our trip lists, with some cool birds (Black-and-white-casqued Hornbill, Red-headed Lovebird, Double-toothed Barbet, Grey Parrot, White-throated Bee-eater, Great Blue Turaco, Palm-nut Vulture, Orange Weaver and Black-headed Gonolek) and primates (Angola Colobus, Vervet and Red-tailed Monkey).

DAY 2-4:
Murchison Falls National Park – First up, we are heading north to Murchison Falls National Park. We will drive through impressive stretches of the Nakasongora district en route, before branching off at Nakitooma for a special stop at the Ziwa Rhino Sanctuary, the only place in Uganda to see the near-threatened (Southern) White Rhinoceros Ceratotherium simum simum in the wild.

We will do a 2-hour rhino tracking activity (on foot with an expert local guide) here and of course, we hope to see one or more of the 22 or so White Rhinoceros currently in the sanctuary. The sanctuary is also home to at least 40 mammal and reptilian species including monkeys, antelopes, Nile Crocodiles and numerous bird species (including Giant Kingfisher, Abyssinian Ground Hornbill, Brown-throated Wattle-eye, Double-toothed Barbet, Black-and-white Casqued Hornbill, Great Blue and Ross’s Turaco), so we will start our mammal and bird trip lists with a bang!

You can look forward to a game drive in the park’s northern section where we will look for Lion, Leopard, African Buffalo, African Elephant, the rothschildi subspecies of Giraffe, Spotted Hyaena, Oribi, Common Warthog, the taxonomically interesting Jackson’s Hartebeest, Waterbuck, Sitatunga, Hippopotamus, the thomasi subspecies of Kob, Tantalus and Patas Monkey, Olive Baboon and Uganda’s largest population of Nile Crocodiles.

A 3-hour boat cruise on the legendary Nile river to the bottom of the Murchison Falls is definitely one of the highlights! Add a hike to the top of this phenomenal waterfall to complete this amazing adventure.

On the banks of the Nile and in the water we should see many Hippopotamus, Nile Crocodile and, if we are lucky, even the iconic and sought-after Shoebill. Other birds we might tick include African Darter, Intermediate Egret, Goliath and Purple Heron, Woolly-necked and Yellow-billed Stork, Hamerkop, Egyptian and Spur-winged Goose, Western Osprey, African Fish Eagle, Black Crake, African Swamphen, Senegal Thick-knee, Long-toed and Spur-winged Lapwing, African Jacana, Malachite, Pied and Giant Kingfisher, Wire-tailed Swallow and Red-throated Bee-eater.

On our 45 minute hike, we will get the chance to witness the “devil’s cauldron” where the 50-metre wide river forces itself through a rocky gap less than 8 metres wide before falling 45 metres to form a plume of spray marked by a thunderous roar and a permanent rainbow. It is a truly unforgettable experience!

DAY 4:
Kabwoya Wildlife Reserve – We will enjoy a very scenic drive south to the Albertine Rift area and our lodge in the Kabwoya Wildlife Reserve. The lodge has stunning views over Lake Albert and the surroundings. It really is the perfect halfway stop between Murchison Falls and our next important park, Kibale. There are no predators in the reserve, but good numbers of antelopes, some African Buffalo, Common Warthog, monkeys, baboons and hippos. Over 450 species of birds have been recorded in the reserve, a huge amount for such a small area. Top species include Grey Parrot, Crowned Eagle, Black Bee-eater, Mountain Masked Apalis, Grauer’s Warbler, Handsome Spurfowl, Rwenzori Turaco, Dusky Crimsonwing and many more.

The 87 km2 Kabwoya really is a perfect little gem of a reserve, as it offers a variety of optional activities that include birding walks, fishing for Nile Perch in the lake, nature walks, fossil hunting, mountain biking, quad biking (huge fun!), and even night game drives.

DAY 5-6:
Kibale National Park – On our way to Kibale National Park, we will stop at Fort Portal, where you will get the option to cycle in the Mpanga tea estates or visit the Amabeere Caves and hike the Fort Portal Crater Lake Field. The hike ends with the slopes of Kyeganywa hill, presenting one of the beautiful scenic sites in Uganda and on a clear day you will enjoy spectacular views of the Rwenzori Mountains.

Kibale National Park attracts naturalists from all over the world because it has one of the highest diversities and concentrations of primates in Africa. Species include the endangered Chimpanzee, Ugandan Grey-cheeked Mangabey, the endangered Ashy Red Colobus, Olive Baboon, Red-tailed Monkey, Guereza, Blue Monkey and the vulnerable L’Hoest’s Monkey. The highlight is our visit to the Kanyanchu Tourism Centre in Kibale (only about 10 minutes from our camp) to do our Chimpanzee trekking activity which begins promptly at 8 am. The activity lasts about 3 to 4 hours and over the years have had a 95% success rate of seeing some of the 1,450 individuals in Kibale. The chimps have been fully habituated and thus offer you an opportunity to draw quite close to them and take pictures.

There are of course several other mammals present in Kibale’s lush flora, though they are hardly seen. If we are lucky we might see Bushbuck, Blue Duiker, Common Warthog, Sitatunga, Forest Hog or Bushpig. And if we are extremely lucky, we could encounter African Buffalo, Leopard, some of the forest-adapted African Elephant, different mongooses, two species of otter, and even a Lion. A sharp observer will also see many species of amphibians and reptiles and a colourful variety of butterflies.

DAY 7-8:
Queen Elizabeth National Park – You can look forward to a fantastic two-night camping experience in Tarangire National Park. Except for our game drives, we will also embark on a walking safari in this awe-inspiring place!
Tarangire is also the one place in Tanzania where dry-country antelope such as Beisa Oryx and Gerenuk are seen regularly. We will also look for Waterbuck, Giraffe, Impala, monkeys, Olive Baboon, Cheetah, Caracal, Honey Badger, and African Wild Dog. Another attraction of Tarangire is its many termite mounds that dot the beautiful landscape. Over 550 species of birds have also been recorded in the park.

DAY 9-10:
Bwindi Impenetrable National Park / Lake Bunyonyi – On the cars for today is a game drive in the Ishasha sector in the Rukungiri District in search of the famous tree-climbing Lions. This is also the only area in the park to see Tsessebe (Topi subspecies) and Sitatunga. Then we’re off to the world-famous Bwindi Impenetrable National Park.

Bwindi is home to more than half the world’s population of Mountain Gorillas (a subspecies of the Eastern Gorilla), about 400 individuals at last count. It is undoubtedly Uganda’s biggest tourism drawcard, and rightly so.

Tonight we are staying in a special spot, in a typical African safari lodge with landscaped gardens and breathtaking views of the Bwindi forest and the six peaks of the Virunga mountains in the distance.

The biggest highlight of this trip and most probably your life is the Gorilla trekking!

The Gorilla trekking might take us a good few hours, depending on their movements. The trek for these great apes is tiresome as the forest can be quite wet and the going fairly steep. But trust us, the bit of exercise will be very well rewarded. Meeting, watching, spending time with and photographing these incredible creatures as you look straight into their inviting, brown, expressive eyes is unbelievable. This is a thrill of a lifetime only Bwindi can offer you.

Other mammals that we may be fortunate enough to find on our trek include Black-fronted and Yellow-backed Duiker, Guereza, L’Hoest’s, Blue and Red-tailed Monkey, Chimpanzee and several species of squirrels, including Fire-footed Rope, Carruthers’ Mountain, Ruwenzori Sun and Red-legged Sun Squirrel.

Our last stop on the late afternoon of day 10 is Lake Bunyonyi.

Lake Bunyonyi is popular for its green and lush terraced islands that hold over 200 bird species. It is also a good spot for water activities like swimming, canoeing and boat cruises.

DAY 11-12:
Lake Mburo National Park / Departure – Together with 13 other lakes in the area, Lake Mburo forms part of a 50km-long wetland system linked by a swamp. Five of these lakes lie within the park’s borders. Late afternoon/ evening game drive offers great sighting of Plains Zebra, Impala (the only park in Uganda with this elegant antelope), Common Eland, African Buffalo, Oribi, Defassa subspecies of Waterbuck, Leopard, Lion (there is maybe one individual left in the park), Hippopotamus, Spotted Hyaena, Topi subspecies of Tsessebe, Southern Reedbuck, and Banded, Slender and Dwarf Mongoose.

A nature walk is the perfect way to end our time in the amazing park. An this will be a walk to remember! We might see various species of primates, birds, antelopes like Common Eland, Waterbuck, Impala, Tsessebe, Bushbuck and Klipspringer among others, as well as Spotted Hyaena, African Buffalo, Giraffe, Plains Zebra and Common Warthog. All this in a beautiful savannah landscape dotted with great Acacia trees.

On our way to Entebbe, we will stop at the Ugandan Equator crossing at Kayabwe. Here you can stand with one leg in the Northern hemisphere while the other remains in the Southern! It makes for great photographs and memories.

*Please note: Extensions to Rwanda, Tanzania or Kenya can easily be arranged. Please don’t hesitate to ask for our expert assistance. 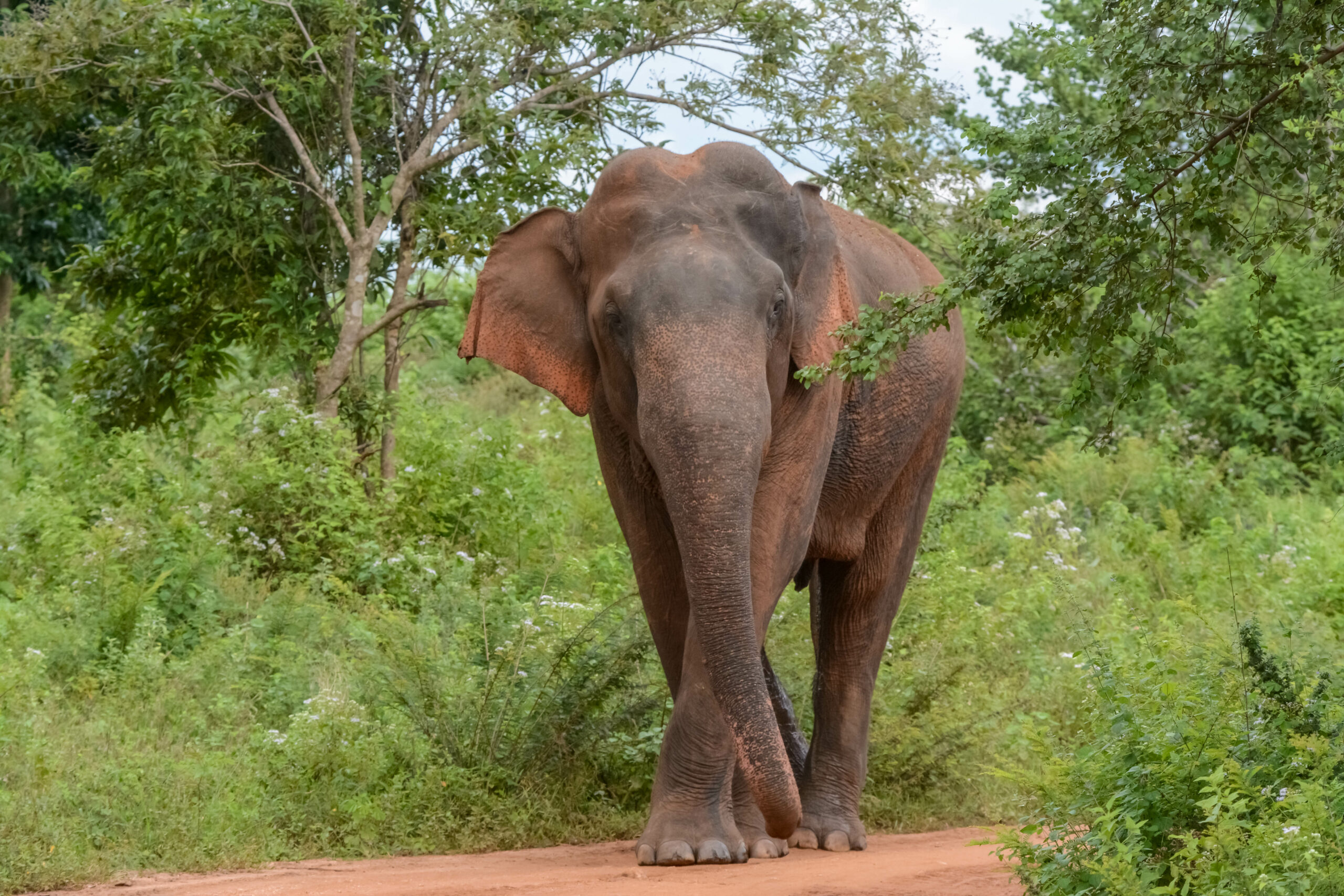